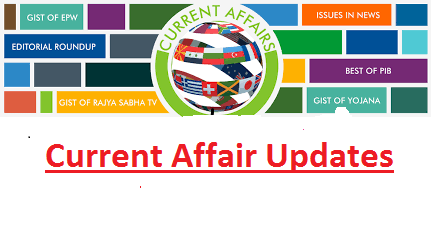 Q- What is the name of 12th edition of  Joint military exercises which were conducted between India and Mongolia recently.

Q- The World  Homeopathy Day was observed on which date?

Q- Which of the following countries is not part of BIMSTEC initiative? 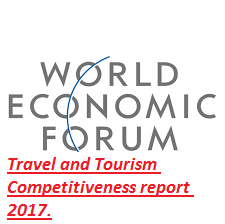 a)  Out of Total 136 countries India has been placed at 40th rank worldwide in Travel and Tourism Competitiveness report 2017.
b)  Last year India was placed at 52nd rank in this Index.
c)  The survey was carried by the world economic forum (WEF).
d) Spain has topped the topped the list.
e)  Other countries which have achieved the rank under 10 are – Japan (4th),  United Kingdom (5th),  United States (6th), Australia (7th), Italy (8th), Canada (9th) and Switzerland (10th).

a) The Public Sector bank “Canara Bank”, partnered with BSNL.

b) This bold step was taken to upgrade the bandwidth at all its branches to 2 Mbps.
c) The bandwidth upgradation of branches is in connection with the bank’s policy of promoting digital channels.

d) Promoting this will ensure faster service across the counters and branches. 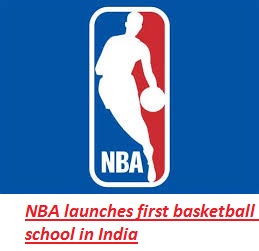 a) The establishment of First Basketball school was announced National Basketball Association (NBA).
b) This will initiate  a network of tuition-based basketball development programmes venued at Mumbai.
c) This is a part of a multi-year agreement announced with India On Track (IOT), is open to male and female players between ages 6-18. 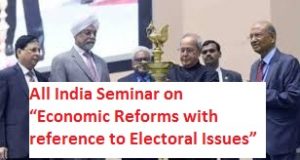 a) The conference is organised by the Confederation of the Indian Bar today (April 8, 2017) in New Delhi.

b) The President addressed a strong electoral system which is necessary to strengthen the democratic structure of India.

c) Timely reforms are necessary which not only would give justice to the people but also to the ideals enshrined in the Constitution of India. 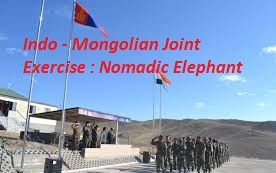 a) Recently the 12th Edition Indo – Mongolian Joint Military Exercise  took place.
b) The name of the exercises is Nomadic Elephant.
c) The venue of the exercises is  Vairengte and it scheduled from 05 April 2017 till 18 April 2017.
d) Indian Army was represented by a contingent comprising of 3 officers, 4 JCOs and 39 soldiers of the (J & K) Rifles Mongolian Army.
e) The Mongolian army  is represented by 9 officers and 36 soldiers of the 084 Special Forces Task Battalion.
f) Objective of exercises was to train the troops in Counter Insurgency & Counter Terrorism Operations.
g) The Joint exercises will also focus on conducting operations by a Joint sub-unit.
h) These exercises will enhance the interchangeability between the two armies. 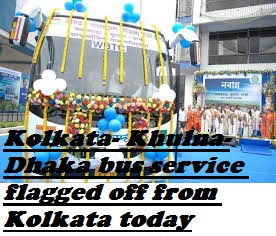 a) A Kolkata-Khulna-Dhaka bus service was given Gogreen signal from Kolkata recently.

c) The venue of the ceremony was Hyderabad House in New Delhi.

d) This  initiative will provide better road and rail connectivity for citizens of India and Pakistan.

e) At the first sight the bus services are being operated on the Kolkata-Dhaka and Kolkata- Dhaka-Agaratala routes.

f) The bus will run alternatively in a week. 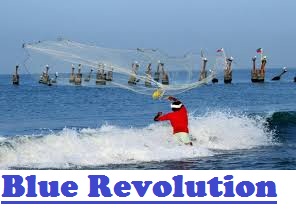 a) In order to boost the scope for development of fisheries and aquaculture, the Government of India has restructured the Central Plan Scheme under an umbrella of Blue Revolution.

b) The scheme has the following components:
i. National Fisheries Development Board (NFDB) and its activities.
ii. Development of Inland Fisheries and Aquaculture.
iii. Development of Marine Fisheries, Infrastructure and Post-Harvest Operations.
iv. Strengthening of Database & Geographical Information System of the Fisheries Sector.
v. Institutional Arrangement for Fisheries Sector.
vi. Monitoring, Control and Surveillance (MCS) and other need-based Interventions.
vii. National Scheme on Welfare of Fishermen.
c) The Blue Revolution aims to achieve economic prosperity of fishermen and fish farmers.

d) Also it contributes towards food and nutritional security by having optimum utilization of water resources for fisheries development in a sustainable manner. 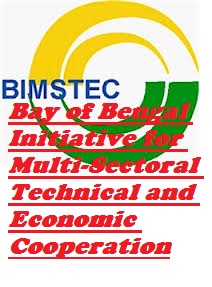 a) The Union Cabinet has ratified the proposal of the Ministry of Power for Signing of “Memorandum of Understanding for Establishment of the BIMSTEC Grid Interconnection”.

b) The panel headed by the prime minister Narendra Modi along with states counterparts will announce this in the upcoming 3rd BIMSTEC Energy Ministers’ Meeting.

c) the venue of the meeting will be nepal.

d) The BIMSTEC stands for Bay of Bengal Initiative for Multi-Sectoral Technical and Economic Cooperation.

f) It laid foundation on October 4, 2005 in a conference held at New Delhi.

g) The Memorandum of Understanding ( MoU) will facilitate-

(i) the optimization of using the energy resources in the region for mutual benefits on non-discriminatory basis subject to laws, rules and regulations of the respective Parties;
(ii) the promotion of efficient, economic, and secure operation of power system needed through the development of regional electricity networks;
(iii) the necessity of optimization of capital investment for generation capacity addition across the region; and
(iv) power exchange through cross border interconnections. 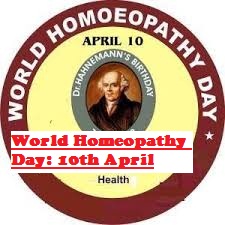 a) The World Homeopathy Day was observed on 10 April 2017 and International Convention was Organised in New Delhi.

b) Shripad Yesso Naik – the Minister of State (Independent Charge) for AYUSH  inaugurated the National Convention  which was venued at New Delhi.

c) On the occasion of the 262nd birth anniversary of the founder of Homeopathy Dr. Christian Friedrich Samuel Hahnemann who was a German physician, who was a great scholar, linguist and acclaimed scientist.
d) The theme introduced this time is  “Enhancing Quality Research in Homeopathy through scientific evidence and rich clinical experiences”.
[contact-form-7 id="101950" title="Contact form 1"]